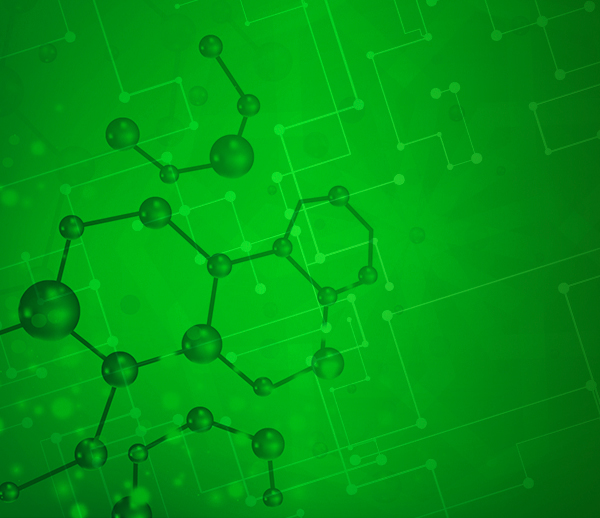 With the terrible events of this past weekend, which witnessed mass shootings in both Dayton and El Paso, the media-consuming public is being subject to any number of diagnoses from activists, journalists, social scientists, and others, especially Democratic candidates for the presidency.

What I wish to propose in this Ad Rem is that the true etiology underlying many of these mass shootings is very similar to the etiology of current civil and especially ecclesiastical illnesses.

Prescinding from these most recent massacres, about which too little is presently known, there is evidence that connects certain pharmaceuticals (psychotropic drugs) with homicidal ideation (see here and here). This will probably get some but not enough attention in the next few days and weeks. Other causes are at work, to be sure (mostly spiritual), but anyone who is familiar with the iatrogenic nightmares of the opioid crisis and the benzodiazepine crisis will find what I’m saying here credible. As one who has experienced both of these crises up close in the debilitating effects they have had on my parents, I have no trust in the system that fostered them.

Big Pharma is the tail that wags the dog of the “healthcare” industry in America. And yes, the power quotes were deliberate. As is the case with other things our modern parlance couples with the word industry (e.g., food, music, entertainment), healthcare has suffered immeasurably from being industrialized, capitalized, and governmentalized.

But to bring us closer to our point, there is another harmful effect of certain widely used pharmaceuticals: suicidal ideation. I refer to the known association between suicide and some classes of drugs, such as opioids, SSRIs, and benzodiazepines. For example, there is a correlation between the alarming rate of military suicides we keep hearing about and the pharmaceuticals military personnel are given to treat PTSD and other problems.

When psychotropic drugs are prescribed for people diagnosed with psychopathologies by the failed mental health system, what is happening? Supposedly sick people are given drugs that we know make people sick — and included in that latter sickness is violent ideation, of both the suicidal and homicidal varieties. This is not healthcare, but societal suicide that enriches the drug companies and their co-conspirators. Dr. G.C. Dilsaver summarized it this way in a recent interview (around the 2:04:00 mark): “In short, the mental health system, the psychopharmacological companies, and the insurance agencies get away with murder.”

These terrible phenomena of drug-induced mass shootings and rising military suicide rates may be compared to the current crisis in the Catholic Church with very clarifying results.

The three-part pattern is quite similar: (1) A genuine problem exists, (2) to which is applied an unhealthy remedy, (3) with disastrous results. Here is a concrete application in the mental health profession, where a patient might: (1) experience some sort of anxiety or depression, diagnosed by a “mental health professional” using his handy-dandy, unscientific DSM, (2) at which point he is treated by psychotropics, producing the result of (3) iatrogenic sickness, including possibly suicide and/or homicide.

Let us apply this pattern to one current “Catholic problem,” church closings: (1) There is the problem of low Church attendance resulting in financial hardship for parishes. (2) The “remedy” is to close parish churches by combining two existing parishes into one and selling off the property of the church building no longer needed, possibly demolishing the building so that it does not become desecrated by its new owners. (3) Among the known results of such an action is that a definite number of parishioners will leave not only the parish, but the Catholic Church, for good. One estimate has that number at forty percent. According to Philip Gray, who runs the Saint Joseph Foundation, the percentage of Catholics who leave due to church closings varies based on how well the bishop handles the situation: if well, it goes down to around twenty percent; if badly, it goes up to about sixty percent. So the best-case scenario in church closings is that one in five parishioners is lost to the Catholic Church! Therefore, closing churches is a losing proposition for the Church, a gun to the ecclesiastical head.

What would a real remedy look like? Here is a missionary solution: Send priests, upper-class seminarians, and religious out into the streets to invite people — Catholics and non-Catholics — to come to Church, getting the Roman collar, the cassock, and the religious habit in plain view and making your new diocesan missionaries vulnerable to a hostile or indifferent populace. They will be targets, but that’s OK, so were the Apostles. Once they have people’s attention, they must invite them, challenge them, engage them, hear their grievances compassionately, and answer their questions with thoroughly orthodox and uncompromising replies. Put on special classes and some cultural events for the people you have so invited. Make them feel welcome, not by some big PR splurge that you’ve paid too much for on TV and radio, but by having genuine human interaction that has as its sole purpose the glory of God and the salvation of souls. In short, save the parish; don’t shut it down, and save souls in the process: a net gain for the Church.

It is probable that there are some shakers and movers in the parish, capable and energetic layfolk who want to do something good for the Church. Instead of clericalizing these zealous individuals by making them eucharistic ministers, lectors, “song leaders,” and other unnecessary add-ons to the clerics and male acolytes in the sanctuary, have them help with these truly missionary efforts. They could actually be working to save souls.

Note that the proposed solution is missionary. In other words, it involves the Church doing something integral to the divine constitution of the Church and therefore traditional. Traditional remedies are the best!

Another example: Instead of merging a Catholic hospital system with a pro-abortion secular institution in order to “save” it — which is institutionally suicidal as well as homicidal to bodies and souls — try expanding the reach of authentic Catholic healthcare by partnering with medical schools that enthusiastically assent to the Church’s moral magisterium, and establishing guilds of Catholic physicians, nurses, and support staff who take professional oaths to be pro-actively pro-life and pro-family. No, it won’t be easy, but partnering with the medical culture of death is taking a Glock to the head!

Some of what is true of Church demographics also applies to civil societies in former Christendom. Institutionally, most European nations are displaying suicidal ideation, too. Declining birthrates are compensated by profligate immigration from Muslim countries. That is a gun to the national head if ever there was one. But what can be done about it? Consider Hungary, where strict immigration laws prevent Muslim invasion and financial incentives are available to married couples who have at least three children. No wonder the liberal globalist elites hate Viktor Orbán!

In the Church, bishops could do things to incentivize higher birthrates by imitating the impressive incentive of Georgian Orthodox Patriarch Ilia II, who offered personally to baptize every third child and over born to a married couple. He actually caused a demographic uptick in his country, a former Soviet republic. It should be mentioned that for the Church to accomplish this, her ministers must fearlessly preach the truth about marriage and parenthood to the faithful, including the mortally sinful nature of birth control as well as abortion. Priests and bishops who do that are still, sadly, rare birds.

In general, churchmen seem to favor expensive bureaucratic solutions to the problems caused by modernity when the answer is a return to tradition, even if that return to tradition will require some modern methods (such as electronic media). It’s bad enough to be ineffective, but, as we have seen, churchmen become institutionally suicidal whenever they do something contrary to the nature of the Church — her divine constitution, her faith or morals — such as partnering with an expensive pro-abortion PR firm, as at least one archdiocese in the US actually does!

As far as the lowly faithful are concerned, we cannot institute these changes, but we can teach people the truth about the problems and authentic solutions that flow from a well-formed sensus Catholicus. And the laity can also use the power of the purse string by supporting only apostolates that actually advance the mission of the Church rather than picking up someone else’s suicide tab.

When many of the old nominally Catholic institutions have killed themselves off, those few who have reformed themselves in fidelity to tradition will join the new ones that will inevitably crop up to foster a genuine renaissance of Catholicity. Then the Church will have the resources to provide authentically Catholic remedies to all those horrible social problems about which there is so much clueless pontificating today.

Filed Under: «Ad Rem» A Weekly Email Message from the Prior, Catholic America, Catholic Living, Current Issues in the Church, Morals, Politics and Society