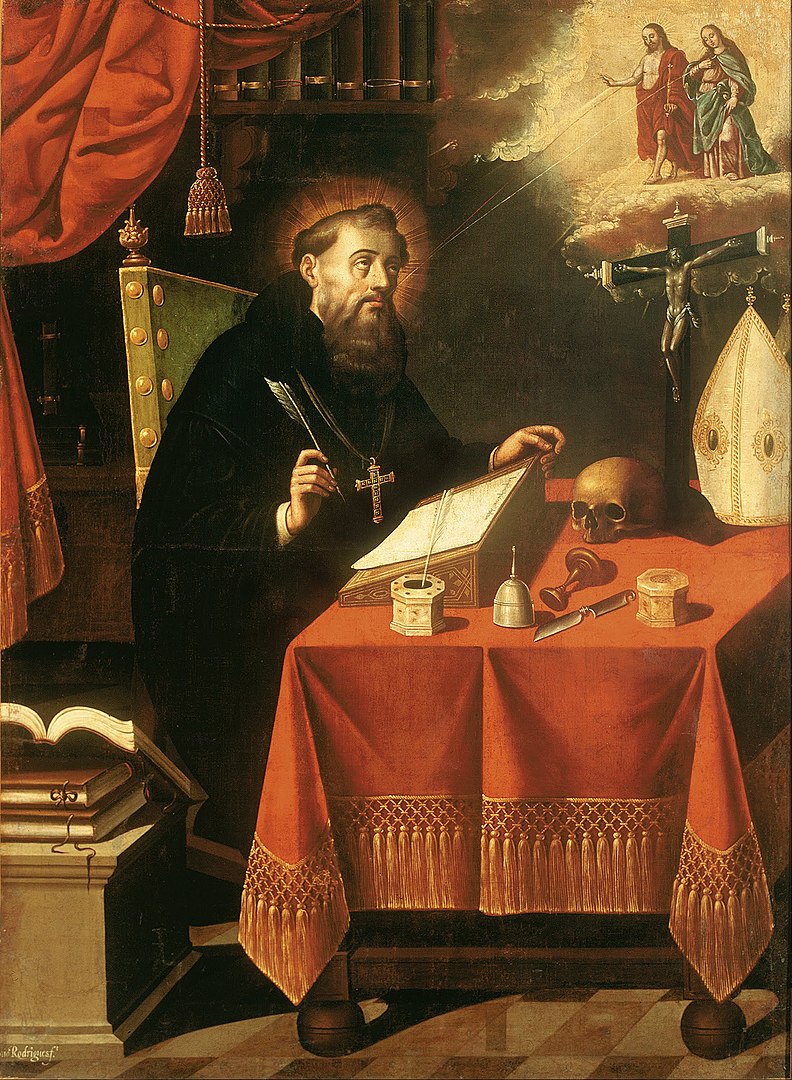 In the Gospel of Saint Matthew (7, 15-26), Our Lord presented this warning to His disciples: “Beware of false prophets, who come to you in sheep’s clothing, but inwardly are ravenous wolves.” In short, Our Lord was warning His disciples to avoid being tricked by appearances. False prophets present themselves as sincere followers of the Word. Internally, however, they are “ravenous” — filled with envy, hatred, and ill-will directed toward mankind and God, Who created man in His image and likeness. False prophets have one purpose in mind. They are Hell bent (no pun intended) on deceiving those whom Our Lord called “the children of the light” (Luke, 16, 1-9), leading those who submit to his wiles and snares to damnation.

If we think about this, the first false prophet to don the uniform of a sheep was the devil. It was the devil, who tricked our first parents, Adam and Eve, into disobeying God. God told Adam and Eve that they could eat the fruit from all of the trees in the Garden of Eden except one. The devil, who envied and hated our first parents, set out to entice them to disobey God. He formed a cleverly contrived plan to lure them into eating the fruit from this forbidden tree, thereby violating God’s commandment. The devil was no fool. He knew that if Adam and Eve were together it would be more difficult to tempt them into doing his bidding. He also knew that Eve tended to be more naïve and gullible than Adam. She, therefore, would be the easier of the two to influence. The devil patiently waited until Eve and Adam were separated from each other. The Father of Lies then approached the innocent Eve. He promised her that she would be like God if she would only eat the fruit of this one tree. Imagine being told that she could be like God, possessing divine power and attributes! How tempting — how easy — all Eve had to do was to eat one apple from one tree. You know the rest of the sad story.

In hindsight, it is easy for us to criticize Eve. Eve was our mother, we assure ourselves, and should have looked out for us. Instead she allowed herself to be tricked by the devil, a slick-talking, slithering serpent, whom she should have known couldn’t be trusted. As a result of Eve’s disobedience, she tempted Adam to follow her example, and he did. With the fall of Adam all generations of humankind have been tarnished with Original Sin.

Whether we want to admit it or not, Adam and Eve represented us in the Garden of Eden. Their failure was our failure — a failure that manifests itself today and will continue to do so until the end of time. This is why Our Lord warned us to beware of false prophets who appear to be benign but are inwardly “ravenous.” He wants us to be able to clearly identify those who would lead us astray and to understand their nefarious tactics so that we, who have inherited a flawed human nature, don’t become duped by them. In order to better protect ourselves, two questions need to be answered. Why are false prophets so successful in leading us astray and what flaws in our human nature can be exploited by them in order to deceive us?

Let’s begin by looking at the devil and how he initially presented himself to Eve. First and foremost, the devil appeared to be sincerely interested in Eve and what she had to say. He was a smooth talker we might say. Like a skilled salesman, his questions, information gathering, and the affirmation that he understood what she was saying showed that he was a good listener. As noted earlier, the devil was no fool. He knew that if he was going to seduce Eve into doing his bidding, he had to peak her interest in what he had to say. In order to bring this about, he had to earn Eve’s trust. Trust was the key to opening the door to Eve’s mind. It was trust that would make her more receptive to his sales pitch. The devil was patient. He encouraged Eve to take some time and think about his promise. No rushing or pressure was applied.

Once Eve trusted the devil, the die was cast. Eve let her guard down. She no longer thought about God and how He would respond to her disobedience. Rather, Eve focused her attention on the fulfillment of the devil’s promise, mulling it over and over in her mind. The more that Eve thought about the forbidden fruit, the more appealing it became. Notice that the fruit on this one tree never changed, not one iota. It was Eve’s perception of the fruit that changed. The more that she dwelled upon it, the more desirable it seemed to be — a trick of the mind spawned by her own self-deception. Again, you know the rest of the story. Lured on by Satan, the false prophet, Eve swallowed his lie hook, line, and sinker. Eve, metaphorically speaking, was the first human being to be seduced by a ravenous wolf in sheep’s clothing. Adam, her husband, followed her shortly thereafter. This was the beginning of deception — a deception instigated by the father of false prophets, who was the first ravenous wolf to don sheep’s clothing and recruit an army of diabolical cohorts to follow him. With the passing of each generation, this scenario continues to repeat itself, despite Our Lord’s warning. Given the course of human history, whatever would make us think that we would have done any better than Eve in the battle between good and evil?

While Our Lord warns us to beware of ravenous wolves in sheep’s clothing, identifying these false prophets is no easy task. Remember, a false prophet’s interior and exterior are markedly different. False prophets are skilled in the art of deception — presenting themselves to be other than they truly are. A salesman, for example, whose main concern might be to sell you a product or service, may appear to be sincere, friendly, and considerate. However, inside he might be plotting, scheming, and cleverly trying to influence you to purchase what he is selling, even though he knows that you do not need the product and purchasing it would be a waste of your money. So how do we go about distinguishing between true and false prophets, casting out the latter and following the former? In the Gospel of Matthew, Our Lord offers us this advice: “By their fruits you will know them. Do men gather grapes from thorns or figs from thistles? Even so, every good tree bears good fruit, but the bad tree bears bad fruit. A good tree cannot bear bad fruit, nor can a bad tree bear good fruit” (7:16-18).

Unfortunately, over the past half century, our nation has become so morally and spiritually dulled that distinguishing between good and evil has become an increasingly more onerous task. Good has become confused with evil and evil with good. This lack of moral clarity not only impairs our judgment in resolving important matters, but it leaves us in a weakened state, which can be exploited by false prophets whose purpose is to deceive and destroy us.

How are these so called false prophets able to exploit us intelligent and cultivated people, we might arrogantly ask? In the next year or so we will see a number of false prophets, competing for the highest office in our land, the presidency of the United States of America. They will boast about their past accomplishments; loudly proclaim that they are the best qualified candidate to correct all of the economic, social, and moral ills currently plaguing our nation; and guarantee prosperity to those who share their vision of the future. So what if they exaggerate their achievements, present themselves as being more important than they are, and make promises that they never intend to keep. That’s what politicians do. By their fruits you will know them. So what if they support the legislation of moral depravity, pandering to those who will give them their vote. That’s what politicians do. By their fruits you will know them. And so what if they stand idly by, saying nothing when Christ the King and His Church are mocked and exited from our schools, courts, and public institutions. That’s what our bogus “Catholic” politicians do. By their fruits you will know them. Like the ravenous wolves donned in sheep’s clothing, politicians who are false prophets will say and do what they deem as necessary to gain your trust. Hopefully, we have not yet become so “dulled” that we can no longer recognize them.

Those who have eyes to see and ears to hear can’t help but to observe how increasingly more presumptuous we have become over the past five decades. Flushed with an exaggerated sense of our own “goodness,” we no longer believe that we need God and His Church. For Catholics, the evidence is all around us. Mass attendance has dropped markedly; belief in the consecrated Eucharist as being the actual Body and Blood of Our Lord has declined significantly; and the Church hierarchy is divided and is fast losing its once treasured moral authority. The Fear of God, a gift that was conferred upon us by the Holy Ghost, no longer serves as a deterrent to sin. In fact, the word “sin” has been replaced with new, cleverly concocted language designed to take away what is called “Catholic guilt” by those who felt that the old Catholic Church was overly harsh in its disciplinary practices. For example, “A Mistake in Judgment” is the new moniker when caught for engaging in sinful behavior, and the term “Misspoke” is used when caught telling a lie. This new mental set coupled with no fear of God and consequently no disdain for the devil, leaves false prophets donning sheep’s clothing undeterred in their quest to corrupt souls. With the passing of each generation, corruption, which remains unopposed, only worsens until we arrive at a point of no return. What happened to Adam and Eve is no different than that which is happening to us today. Unfortunately, the more “dulled” we become the less likely it is that we will see this.

Lastly, the failure to heed Our Lord’s warning will have dire consequences for those who allow themselves to be deceived by False Prophets — trees that bear bad fruit. Note Our Lord’s admonition: “Every tree that does not bear good fruit is cut down and thrown into the fire. Therefore, by their fruits you will know them. Not everyone who says to Me, ‘Lord, Lord,’ shall enter the kingdom of heaven; but he who does the will of my Father in heaven shall enter the kingdom of heaven” (Matt. 7:20-21). Our Lord, in Matthew’s Gospel, makes it loud and clear that Hell exists and false prophets and their followers will go there. Standing before Jesus and saying, “Lord, Lord, I am a good person” will not get us into paradise. Rather, whether have done “the will of [His] Father” will determine our fate.

Saint Michael the Archangel, defend us in battle. Be our protection against False Prophets in sheep’s clothing. Help us to distinguish between good and evil and to do the will of Our Father in heaven.